‘Due to COVID-19 the MMI’s are suspended for the 2020 Intake. Applicants will receive a communication with details shortly’. 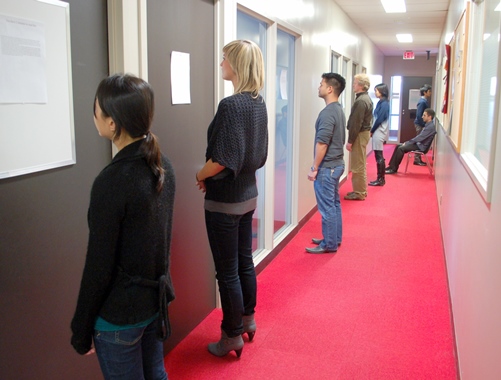 All full-time programs will have Multiple Mini Interviews (MMI) as part of their admission process.

WHAT IS MULTIPLE MINI INTERVIEWS (MMI)?

In an MMI, applicants will complete a 1.5 hour circuit of eight, 7-10-minute mini-interview stations, rotating from station to station. The Multiple Mini Interviews (MMI) is similar to an Objective Structured Clinical Examination (OSCE) used by medical schools and certifying bodies except that it is not ‘clinical’. At each station, candidates will be presented with a ‘scenario’ or question. They will then respond to a series of questions before proceeding to the next station.

As in any examination process, the actual scenarios will remain confidential. However, examples of scenarios can be found in Eva KW, et al. (2004)

Here is one example.

WHAT WILL AN MMI STATION ASSESS?

Considerable time and attention has been paid to determining the non-cognitive characteristics of the students we believe will make good health care practitioners. The stations will assess characteristics like  responsibility, teamwork, ethics, communication, self-reflection etc. that we have established are important.

WHAT IS THE EVIDENCE FOR THE MMI?

McMaster University has been using the MMI instead of the traditional interview for student candidate selection since 2004. In 2003, they ran a parallel process in which volunteers participated in both the MMI and a traditional interview. This has given them a cohort of 45 students who were admitted to medical school and have completed the Medical Council of Canada, Part I examination. They have studied the MMI systematically and carefully during this period and found the MMI process to be reliable and valid.

WHAT ARE THE PROBLEMS WITH THE TRADITIONAL INTERVIEW?

We know from educational research conducted that the ‘score’ received by applicants on the traditional interview can be influenced by the biases, expectations and perspectives of the interviewers. For example, Harasym et al. (1996) demonstrated that interviewer variability accounted for 56% of the total variance in interview ratings. Similarly, we know from examination data, that our most reliable data on student performance is achieved through multiple assessments by multiple assessors. In part, this is due to the fact that ‘good’ performance in one domain (e.g., communication skills) does not predict ‘good’ performance in another domain (e.g., knowledge of the human body). It is also due to the fact that more examiners cause fewer idiosyncrasies in the assessment process than are caused by the use of only one or two assessors. These types of studies have led to the OSCE being adopted as the examination of choice when measuring clinical competence.

Candidate and examiner feedback are generally positive. The new Northern Ontario school of Medicine used the MMI in its selection process for its inaugural class(2005). MMI has been used in Jerusalem, Brunei, Michigan (Ann Arbor), Australia, Northern Ontario, Calgary, and McMaster. It was used in parallel with the traditional interview at the University of Manitoba in 2006.

CAN I READ MORE ABOUT THE MULTIPLE MINI INTERVIEWS (MMI) AND INTERVIEWING?

Being a healthcare practitioner is a moral undertaking, our admission process aims to admit students:

Who will in their behaviors reflect the following attributes

Who will in their professional relationships

We aim to admit students who will