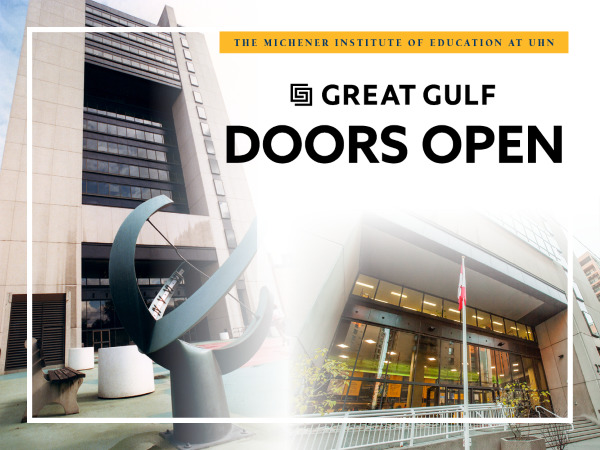 Doors Open Toronto has invited Michener’s St. Patrick Campus to be a Doors Open site on May 26, 2018.

Presented by Great Gulf and produced by the City of Toronto in partnership with the broader community, Doors Open provides an opportunity to explore some of the most architecturally, historically, culturally and socially significant buildings across the city for one weekend a year.

Between 2000 and 2015, 12 shoots have taken place at the St. Patrick Campus: two movies, seven TV shows and three commercials.

With Michener celebrating its 60th anniversary this year, the event will provide an opportunity to share Michener’s history and our unique contribution to the health care system with visitors.