MESSAGE TO THE COMMUNITY

The Michener Institute for Applied Health Sciences is pleased to share our 2014 fiscal year successes. We encourage students, educators and other members of our community to take a moment to read our online annual report, featuring the work and achievements of Michener students, faculty and staff.

In 2013-2014 the Michener Institute’s Board of Directors conducted a thorough and thoughtful strategic review, looking for the best possible role for Michener in the Ontario health care and education systems.

Tasked with transforming the Board’s review into strategy was new CEO Maureen Adamson. With a solid track record of transformational leadership in health care and education, Maureen’s first order of business was to take the significant work done by the Board and establish four new strategic directions as the cornerstones of Michener's bold new future.

As a result of this visioning process in 2013-2014, Michener is now poised to become a world class educational institute in the field of applied health science and continuing education. We have reaffirmed the unique value we provide to our health system, and are better positioned than ever to be the provider of innovative educational solutions for our health care partners.

The four strategic directions are described briefly in this Annual Report, but please take some time to read about them in greater detail at www.michenermomentum.ca.

Our strategic gaze turned inward as well last fiscal year. We initiated a “top to bottom” review of key programs offered only by Michener, and as a result, some programs are undergoing redesign to offer students the most innovative and contemporary learning opportunities in Ontario.

We also launched our seniors’ curriculum and other health system improvement measures in 2013-2014. These measures ensure that our graduates are well positioned to respond to health system priorities, and to become the health care leaders of tomorrow. You can read more about those initiatives in the section of this Annual Report called Leaders in Health Learning. We also launched 20 new continuing education courses to further meet the needs of today’s health care system, and ultimately to improve patient outcomes.

We are excited about our future and look forward to another incredible academic and fiscal year. 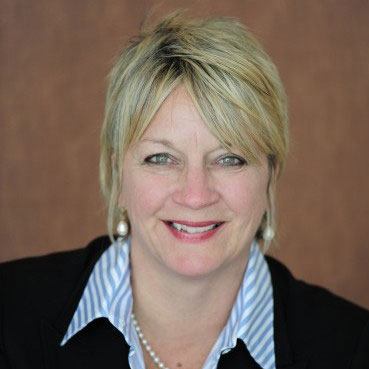 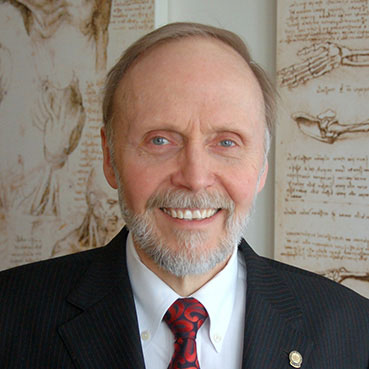 Michener Institute: The leader in Applied Health Science Education through excellence and innovation.

The Michener Institute is dedicated to the education of preeminent applied health science practitioners capable of providing transformational leadership, performance, and evidence based best practice.

We Lead by Example

We are strengthening our role as an education leader with four new strategic directions that expand on our ability to deliver unique education solutions that are fundamental to health system quality, transformation and sustainability.

BE THE GO-TO EDUCATIONAL EXPERTS FOR APPLIED HEALTH SCIENCES IN ONTARIO, AND BEYOND

As an education partner for Ontario's health care system, we can and will strengthen our ability to not only respond to current and emerging educational needs of the health system, but also to apply our expertise and experience as an enabler of broader health system transformation and sustainability.

Among other strategies, this includes providing rapid response curriculum design, standardizing educational solutions across the province, and addressing immediate and emerging gaps related to practice and/or professions.

Being a leader in education isn’t just about delivering programs. It is about challenging existing models and developing new ways to educate health professionals, influencing both practice changes and the adoption of new technologies.

Michener will lead new educational theory and knowledge to integrate education, applied health research and clinical practice and harness the power of partnerships and strategic alliances.

Our success is rooted in aligning our programs so that we graduate the health care professionals our system needs, and that our graduates and practising professionals have the latest, most relevant and contemporary practice skills.

BE A NETWORK MOBILIZER TO SUPPORT SYSTEM QUALITY AND TRANSFORMATION

Our extensive network of partnerships has created an opportunity for us to play a unique role, bringing together technology experts and manufacturers, with clinical and academic experts to act as a hub that can enable the rapid development and application of new technologies, new practices and new models that will advance health system priorities in new and exciting ways.

Among other strategies, this includes facilitating networks to address urgent and critical system requirements, leveraging our comprehensive network of clinical, educational, and equipment manufacturing partners to maximize quality/relevance of educational experience, and broadening educational partnership opportunities to reflect the continuum of health care.

Michener's unique value to the Ontario health care system is its ability to rapidly adapt health professional education to meet the health system's evolving and emerging needs. In 2013-2014, we continued to innovate and lead in health education. Please scroll right to read more.

Michener understands that curriculum design must be responsive to unique learning and practice needs across the health care system. As a result, a number of Michener’s programs are undergoing continuous improvements following a thorough review conducted by Cathexis Consulting.

During the 2013-14 academic year, student intake for the Nuclear Medicine and Molecular Imaging Program was halted as the program went through a significant redesign. To support the design process, our faculty educators spent hands-on time with patients in a Nuclear Medicine department for several weeks as practitioners, and in turn, clinical educators joined our redesign team to bring their clinical expertise, experience and perspective to actively contribute to the new program model and content. The redesigned program had its first cohort in Fall 2014. 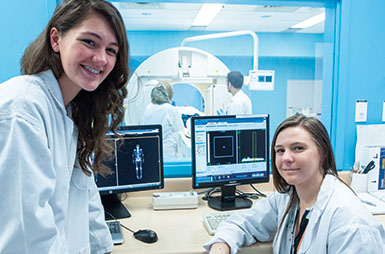 Students took Quality Improvement Modules in conjunction with their second-year summer semester courses to better prepare them for clinical placements and improve their contributions to the health system quality as students and graduates.

Michener has now integrated our joint program with Baycrest Health Sciences - Working with Seniors - permanently into our curriculum. Results from the first cohort of students were very encouraging: nearly 80 per cent of students completed the program feeling that their knowledge and understanding of older adults had increased. This included respecting seniors’ autonomy, avoiding ageism, creating senior-friendly environments and being adaptive and responsive. Michener and Baycrest are now extending the curriculum to Michener graduates and general entry-to-practice healthcare professionals with their Working with Seniors: A Primer offering through Michener’s Continuing Education department. 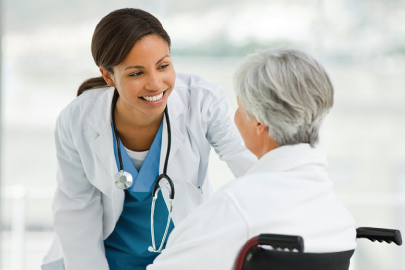 We work with our partners to identify the latest technological advances and methods used in the clinical environments and incorporate them into our curriculum to better prepare students for the workforce. This past year, new technology in some of our programs included: 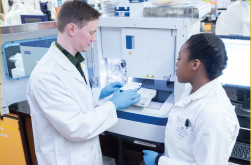 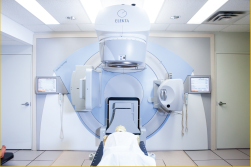 The Michener Institute continuously strives to be an industry leader. Michener initiated an Ontario-wide teleconference on March 28, 2014 with the Deans and Chairs for Respiratory Therapy from other institutions. The group was very keen to develop a collective perspective regarding the evaluation of clinical competency (including simulation) and strategized mechanisms for resource sharing. The conference was a success, and served as an excellent collaborative opportunity for Michener. Please click the links below for more Michener achievements and updates from the
2013-14 fiscal year.

Meeting the needs of our evolving health care system, Continuing Education introduced more than twenty new courses during the year. These included two new certificate programs: Clinical Management and Intraoperative Neurophysiological Monitoring (in partnership with the Canadian Association of Neurophysiological Monitoring). Additional courses were offered to enhance career opportunities for Michener graduates, including such areas as Cardiac Stress testing. Student feedback attested to the quality of our curriculum and teaching and also gave us valuable feedback for continuous improvement which has been a cornerstone for all of our programs. External faculty (of which there are more than 120) also benefitted from the focus on quality with targeted development programs. Finally, access to CE courses was increased with over 70% of courses now available online.

The Michener Institute consistently produces graduates who are in high demand across Ontario and Canada, and in 2013-2014, our students continued to achieve academic and professional success. Please scroll right for examples of student success from the 2013-2014 fiscal year.

It was an exciting year for Michener’s clinical partnerships. We strengthened existing collaborations, and created new ones. 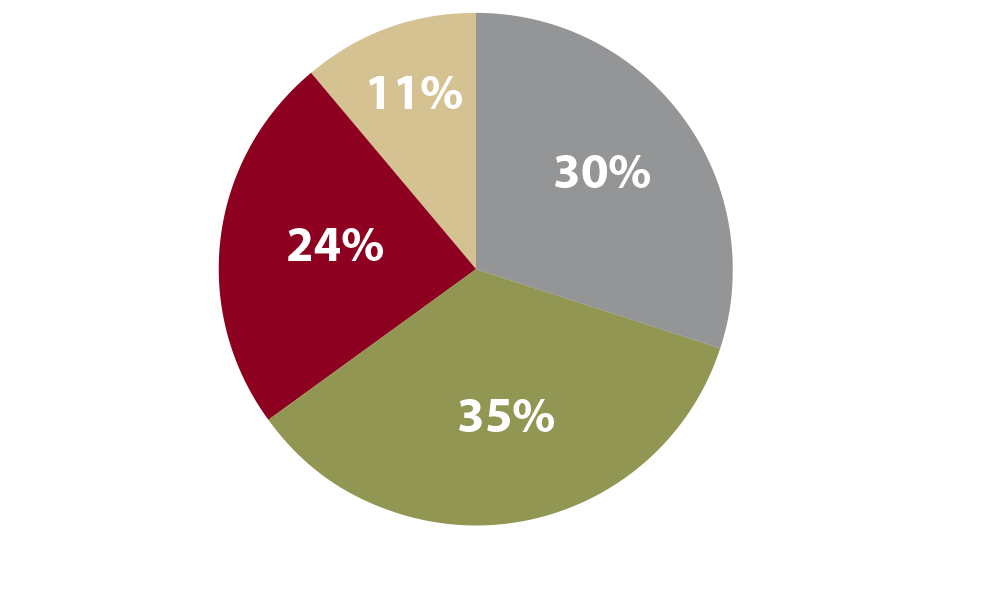 Thanks to our generous donors, more than $84,000 in scholarships, bursaries and awards was made available to students across all of Michener's academic programs. 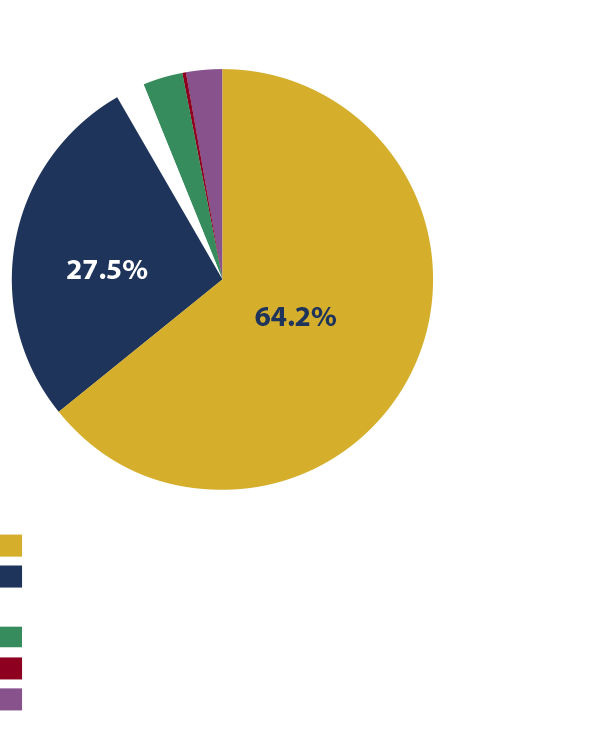 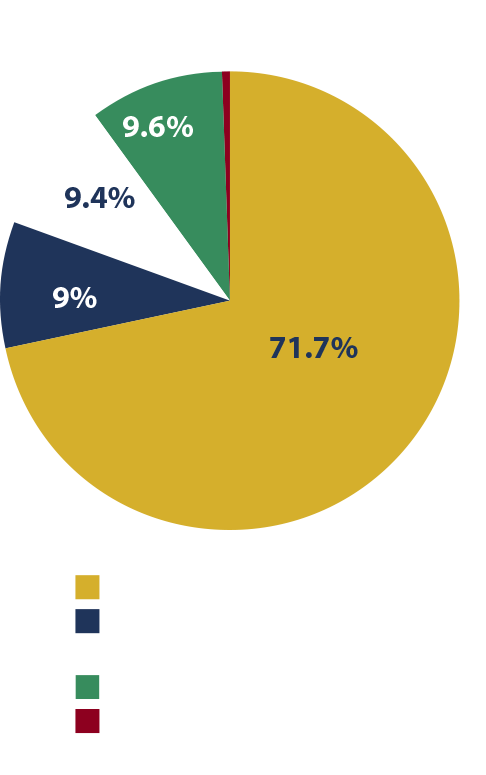 Previous Next
The Michener Institute
michener.ca