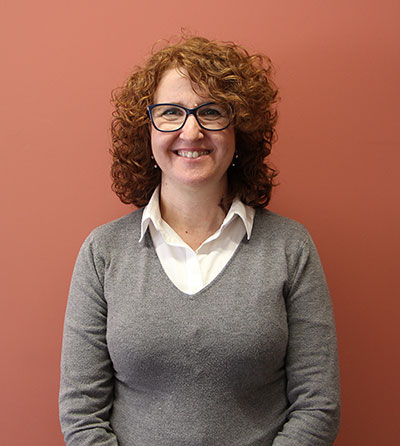 When did you attend The Michener Institute and what did you study?

I studied Respiratory Therapy and graduated in 1992, and then I came back and did the Cardiovascular Perfusion program and graduated from that in 2005.

What do you remember from your time at Michener?

Michener takes all that theoretical knowledge and makes it relevant early on. My favourite memories were the labs and how close to the clinical sites the labs were, in the sense that they have technologies you could practice with in a safe manner before you even got close to a hospital setting.

The other memory is just how cohesive both my classes were. I loved the camaraderie from being immersed in a program that’s intense for a relatively short period of time. As a result, the close connections and networking carried into the working community. Whenever I have a medical question, I just pick up the phone and call a friend, it’s like a game show – phone a friend – and you just ask them the question because it’s that kind of cooperative environment that you’re growing in.

I came from university and I found the university environment much more competitive in nature. Whereas at the Michener, we’re all in it doing the same class, with the same goal and the same purpose, it was a pleasure. It’s a very unique learning experience.

What was your first job after graduating and what has your career looked like since then?

My very first job after graduating from Michener was in 1992 at the Toronto General Hospital. The work as a Respiratory Therapist was collaborative, fast-paced and purposeful. There were opportunities for teaching and research and I worked as a clinical coordinator for Michener students. Once I was married and had kids, I began working closer to home. Home is Oakville, so I ended up working at Queensway General Hospital and doing research for a physician at his office doing pulmonary function testing.

In 2000 an opportunity opened at the Mississauga General Hospital in the operating room assisting anesthesia. It was an exciting time as I was part of a team who implemented the cardiac surgery program. After four years as an OR Respiratory Therapist, I was compelled to go back to school and become a Clinical Perfusionist. I came back to the Michener and it was pretty intense. Upon graduation, I was fortunate enough that one of my colleagues left to go to the U.S., so then I became staff at Trillium Health Partners in the OR in perfusion. I’ve been a Perfusionist since 2005. The program is 19 years old now, so it’s been great to watch it go from a program serving 800 patients to 1,400. The cardiac surgery program is continuing to evolve. I also guest lecture at the Michener and keep in touch with the people here at the school, and we keep in touch through our societies as well.

What advice do you have for young Michener alumni?

The advice I would give young alumni today is be open to change. What you see here at Michener will change probably within the next 10 years. Be the best representative of your profession that you can be, and keep yourself in the forefront in terms of what’s new, what’s up and coming, keeping the patient in mind and patient safety in mind. What you learn here is really only a stepping stone to what the market’s going to look like in 20 years. It’s probably going to be radically different. Some core principles will be the same and be willing to embrace that and change with it. Constantly innovate and look at your role not as it is today but allow it to evolve because it’ll be interesting the direction you go.

What advice do you have for current Michener students?

Michener continues to evolve their admission process and programs. What I would say to any student right now is you have it. The students coming through are so bright, I think there is no question that they can do the work. What I would love to see is for the students to know is that they will be successful professionals, because if you can meet the admission criteria to get into Michener, then you can do the work. Continue to be open, don’t worry about the fine details and get as much hands-on experience as you possibly can. The unique thing about the programs at The Michener Institute is it marries theory with application of knowledge, and focus on the application.