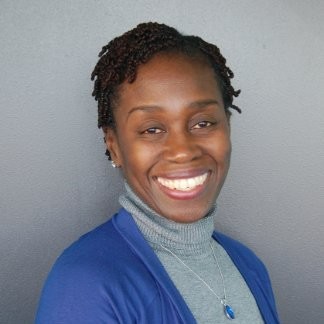 In celebration of Black History Month, we are sharing Black stories and experiences from individuals working in education, healthcare and research at The Michener Institute of Education at UHN.

On April 29, 2022, Debbie Warner, Manager in Continuing Education (CE) at Michener, will be retiring after decades working in healthcare. Debbie began her career as a nurse in pediatric isolation and the emergency room after graduating from Ryerson University. She then took a few years off to spend time with her children following the birth of her second son.

When Debbie began considering going back to work, she saw a job posting in the Toronto Star for a research nurse at a clinical research organization and decided to apply.

“I ended up getting the job and began working in a clinic running research studies for pharmaceutical companies,” says Debbie. “I did that for about 18 years before joining Michener.”

“When I joined Michener, I found it had a small town feel to it. Everybody knew everybody and there was just that feeling of wanting to help each other,” says Debbie.

As manager, Debbie has played an essential role in growing Michener’s primary/critical care and diabetes portfolios, as well as expanding CE’s footprint across the Greater Toronto Area (GTA) and Southern Ontario through large volumes of contract and customized course deliveries. It was under her leadership that the Diabetes Educator Certificate became one of Canada’s premiere programs in the field, expanding its reach as far as Western Canada. She also established the Critical Care Nursing Program, which now provides critical care education to nurses from 12 hospitals in the GTA and beyond.