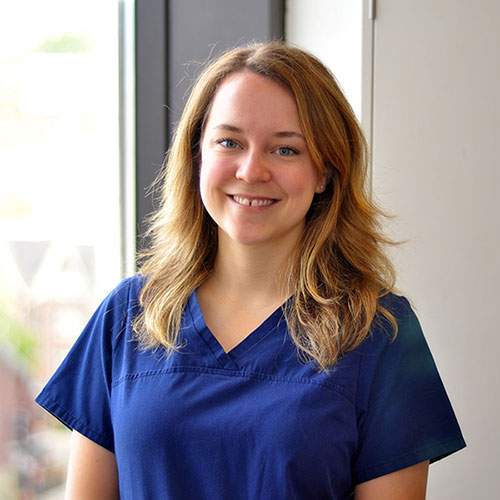 For many of us, figuring out what makes you want to jump out of bed every morning is a lifelong process. But not for Samantha Bulger.

In high school, Sam as she’s known knew she loved science and that she wanted to work in health care. Radiation therapy was her first career choice, but she wasn’t sure about committing to it so early on.

Instead, she completed a bachelor’s degree in biochemistry at McMaster University, after which she realized that she still really wanted to be a radiation therapist.

Sam began the joint Radiation Therapy Program at The Michener Institute of Education at UHN and University of Toronto (U of T) in 2016.

On Saturday, she will be among more than 250 students in Michener’s Class of 2019 graduating and entering their chosen professions. Sam will address them as valedictorian.

From being part of the Michener Charity Committee to the Interprofessional Healthcare Students Association (IPHSA) at U of T, Sam was heavily involved in the health care community throughout her three-year program. In her second year, she became Vice-President of the Charity Committee and spearheaded a knitting event that the group hosted for the first time.

“I taught everyone how to knit infinity scarves with your arms,” she says. “They’re like big, loopy scarves that you don’t need needles to make.”

The group sold the scarves and other knitted items in the St. Patrick Campus lobby prior to the holidays and donated the profits to charity. It was such a hit the Committee hosted it again the next year.

“I felt like Charity Committee was the one commitment I had that was a de-stressor,” says Sam. “I just really enjoyed it.” 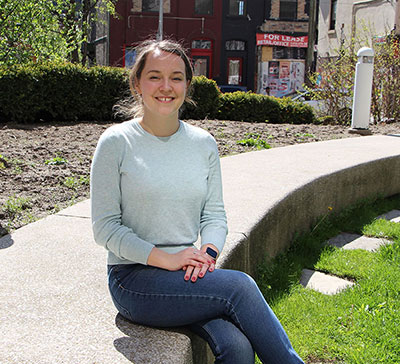 Academically, Sam had a fantastic experience in the Radiation Therapy Program.

“The opportunity to build that relationship with patients and get to work with them one-on-one so often is really unique to this field,” she says.

Sam feels her experience at Michener and U of T has helped her better understand the complexity of people.

“I think I used to see things more black and white, yes and no, good and bad,” she says. “In my time here, I’ve really learned to judge less harshly and try to recognize that everyone is coming from a different place.”

Looking ahead, Sam will be working on an education project as a summer student at the Princess Margaret Cancer Centre. She looks forward to mentally preparing herself for the transition from student to health care professional.