Michener Ultrasound professor Sheena Bhimji-Hewitt recently attended the 33rd national Sonography Canada conference in Moncton, New Brunswick. As her final duty as outgoing Chair of the Sonography Canada Board of Directors, Sheena reflects on the conference and her time as Chair.

Moncton, New Brunswick was the go-to place for the 33rd National Conference and Annual General Meeting for Sonography Canada (previously CSDMS & CARDUP). I started the week with three solid days of Board meetings, my last as the Chair of Sonography Canada. Many great initiatives were voted in favour and passionate conversations around the table ensued. The Presidents’ Meeting brought together seven provincial presidents (a first, since all provinces with a provincial organization were represented) from British Columbia, Alberta, Saskatchewan, Ontario, New Brunswick, Nova Scotia and Newfoundland. 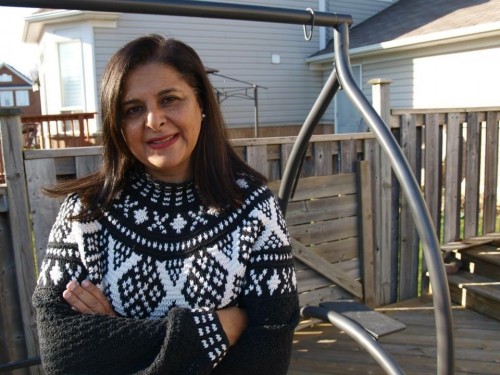 We discussed the status of regulation, jobs, salaries and different educational models, followed by reports from the Chairs of the exam, professional practice, awards and national education committees.

The National Conference was a tremendous success: I learned something new from every lecture I attended. I met with Michener alumni working all over Canada – practicing sonographers as well as vendors. Attending a conference such as this allows you to learn and network, use your communication and collaboration skills and is a great way to become known in your profession.

In between the work, I took advantage of what the Maritimes has to offer, which meant not only eating lobster four of the seven days I was there, but I also stayed an extra day to visited Hopewell Rocks, Cape Enrage and the Bay of Fundy.

Back home at Michener, I shared my learnings with the sonography faculty and program Chair, as well as clinical site leads.

My term as Sonography Canada Chair has come to an end, leaving me with mixed emotions. I’m sad to leave the projects and networks I have enabled, but I’m excited that the very capable Sheldon Boyde will be taking over the helm as Chair with Michener’s own Cathy Babiak as Vice-Chair.

I have learned a lot and shared my knowledge, skills and judgement to move our profession forward. I have met some very special people for whom I have a lot of respect, and have built some lifelong friendships. I will always value this opportunity from Sonography Canada and The Michener Institute for supporting me in this position. Many thanks go to my program Chair Catharine Gray for her support, as well as Gail Rodrigues and Leonardo Faundez for filling in for me at Michener in my absence.

Learn more about Michener's Ultrasound program
Read more news stories from The Michener Institute
Facebook0Twitter1Email0
Reddit0 Linkedin0 Stumbleupon0
We use cookies to ensure that we give you the best experience on our website. By clicking “Accept All”, you consent to the use of ALL the cookies. However, you may visit "Cookie Settings" to provide a controlled consent.
Cookie SettingsAccept All
Manage consent