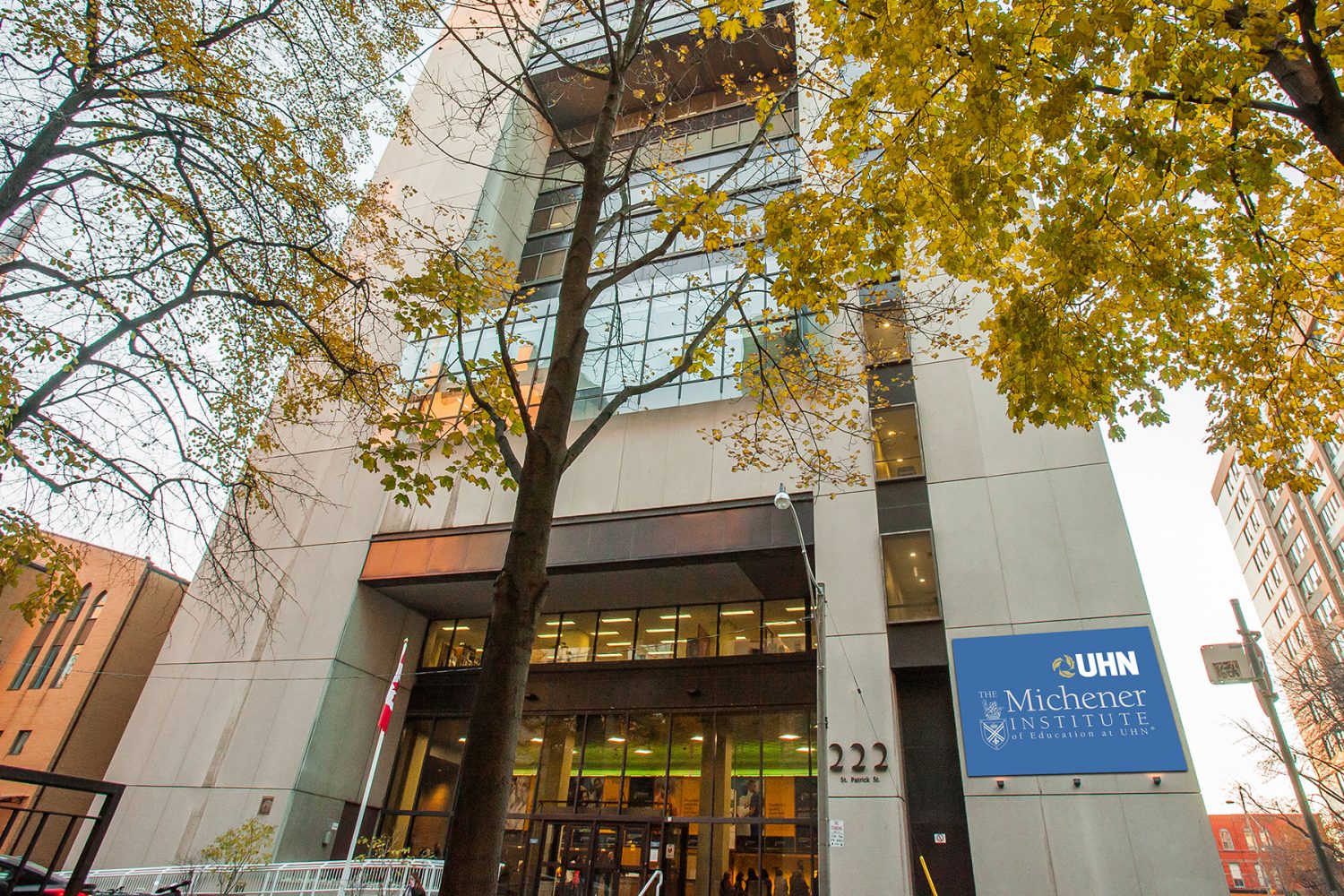 Dr. Schatz developed a three-pronged approach to applied education, paying particular attention to the practical and clinical components of education by negotiating clinical arrangements with various sites to provide students with the most effective learning experience. Her vision emerged from her work as a clinical chemist at Toronto General Hospital.

The original program of Medical Laboratory Technology evolved from a multi-discipline approach to an integrated systems format. Since that time, most programs in Canada have emulated the pattern set by The Michener Institute.

Formal classes were started in temporary quarters in 1966 with the financial support of the Ontario Ministry of Health. In 1972, the institution moved to its present location at 222 St. Patrick Street in downtown Toronto, which is close to many major teaching hospitals. In 1990, the name was changed to The Michener Institute to honour the late Governor General, Roland Michener.

In the past 60 years, Michener has grown extensively. In 2006, the curriculum evolved to include simulation and interprofessional education courses, as well as clinical readiness assessments for each student. Current partnerships, including the University of Toronto, Dalhousie University and the University of Ontario Institute of Technology, have allowed Michener to branch out academically in the past two decades.

In 2016, Michener and University Health Network officially signed an agreement to integrate by means of a shared governance agreement. This Canadian-first, “Made in Ontario” Mayo Clinic model brought together a diploma-granting health care education institution with an academic health sciences network within a single organization. By integrating with the country’s largest teaching hospital network, Michener was able to plug a critical health system gap. We now have a confirmed, vital role to play in planning and preparing for the health system needs of the future.

Please take a look at our interactive timeline