Michener Board of Governors/UHN Board Education Committee

2022-2023 Michener Board of Governors Voting Members 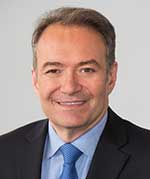 Dr. Kevin Smith is President & CEO of University Health Network (UHN), Canada’s largest academic health sciences centre. Dr. Smith has spent his career at the interface of the University and Research Hospital and is passionately committed to the mission of education, research and exemplary clinical care. Dr. Smith is a pioneer in advancing integrated care models spanning the continuum of health and social services.

Educated in Canada, the U.S. and Great Britain, Dr. Smith began his career in medical education, followed by leadership roles in university administration, academic hospitals and health systems. He is professionally certified in Corporate Governance by the Institute of Corporate Directors and the Harvard Program in Effective Governance, and completed the Wharton School CEO Program for Health Care Leadership.

Dr. Smith currently serves as Chair, Council of Academic Hospitals of Ontario and was privileged to serve in many past roles including Chair, The Canada Foundation for Innovation, the Ontario Hospital Association and as a frequent advisor to governments and the private sector. 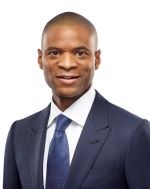 Cornell is President of Wittington Investments, Limited (the principal holding company of the Weston-Loblaw-Choice Properties group).

Cornell joined Wittington in 2021 following a 20-year career at Torys LLP (a law firm), where he was a leading corporate lawyer. Cornell served as Chair of the firm’s Corporate Department and, before that, as co-head of the firm’s M&A Practice. As a lawyer, his practice focused on M&A transactions, both public and private, and other critical situations. He played a lead role acting for some of Canada’s largest public and private companies in their most significant strategic matters.

Cornell is a director of BCE Inc. and Bell Canada.

Cornell is actively involved in the community. He is Chair of the Board of Directors of the National Ballet of Canada and an Executive-in-Residence at the Rotman School of Management at the University of Toronto.

Cornell holds JD and MBA degrees from the University of Toronto and a BA from McGill University. 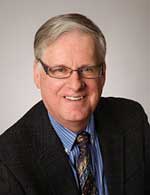 Dr. Dan Andreae has a passion for education and a dedication to lifelong learning. He believes that “education is not just an intellectual exercise, it is most effective when the head meets the heart and knowledge can be applied to enhance the quality of one’s life on all levels; emotional, physical, spiritual and social”.

Dr. Andreae’s community involvement includes being the first Executive Director of the Alzheimer Society of Toronto, and Chair of the Patrons Council of the Society. Dr. Andreae was the longest serving President of the Ontario Association of Social Workers, and leader of a successful ten-year campaign to secure statutory legislation recognizing social work as a profession. His dynamic leadership through three different governments and seven ministers resulted in the creation of this new profession. 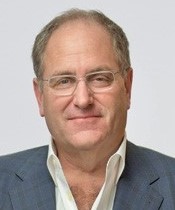 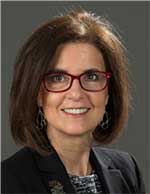 Ms. John was a hospital executive and remains active in health care. She was Vice President of Communications and Public Affairs at the Hospital for Sick Children and Vice President of Communications and Marketing at Mount Sinai Hospital and Foundation. Ms. John works with Toronto Western Hospital, Princess Margaret Cancer Centre, University Health Network, Michael Garron (Toronto East General) Hospital and Sinai Health System, concentrating on the patient experience, partnerships and communications. She handled government and stakeholder relations for the Council of Academic Hospitals Ontario.

As a patient advisor for UHN’s Partners in Care program, Ms. John is a trained Patient Partner. She was part of the Province of Ontario’s Phoenix Project on education and patient care, and Patients Canada.

Ms. John is currently a member of the Board of Directors for the Ontario Trillium Foundation. She has broad community experience, having served as Vice-President, Marketing and Communications, at United Way of Greater Toronto and Harbourfront Centre.

Ms. John has served on the boards of ABC Life Literacy Canada and Theatre 20, Trillium’s Public Affairs Advisory Committee, and the Marketing Advisory Board for the Rotman School of Management. Ms John is on the Advisory Board for the Ryerson City Building Institute, as well as The V Generation, an organization promoting meaningful volunteerism for retirees and senior citizens. 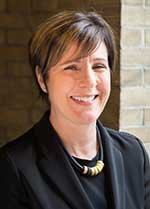 Dr. Lynn Wilson is the Vice Dean, Partnerships and a Professor of Family and Community Medicine at the University of Toronto. In this capacity, she is responsible for the Faculty’s ongoing relationships with nine fully affiliated hospitals and 18 community-affiliated hospitals and health facilities, as well as government, community organizations and international collaborators.

Prior to being named Vice Dean, Partnerships, Dr. Wilson served as Chair of the Department of Family and Community Medicine (DFCM) at the University of Toronto. With over 1200 faculty members, it is the largest family medicine department in Canada. DFCM has thrived under Dr. Wilson’s leadership, with expanded graduate programs and fellowship offerings, four new research chairs, and new programs such as the Family Medicine Longitudinal Experience, the Office of Education Scholarship and DFCM Open, an online platform for family doctors to share resources and information. DFCM has also experienced significant growth in its international activities, most notably through its array of professional development opportunities for primary care physicians from around the world.

As a member of the Physician Services Committee for the Ontario Ministry of Health and Long-term Care, she helped to lead primary care renewal in Ontario (2002-2007). Dr. Wilson was the co-director of BRIDGES, an Ontario Ministry of Health funded project to support the design, implementation and assessment of innovative models of care that promote integration in the healthcare system (2011-2016). She is co-leading the Ontario Opioids Clinical Primer Initiative. She is currently a Primary Care Consultant for Choosing Wisely Canada.

Dr. Wilson completed her undergraduate degree at McMaster University, and her medical degree and postgraduate training at the University of Toronto. She has been practicing as a comprehensive family physician since 1986.Dr. Wilson currently practices family medicine at the Women’s College Hospital Family Health Team in Toronto. Her clinical interests include palliative care, addiction medicine, obstetrics and global health. 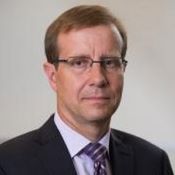