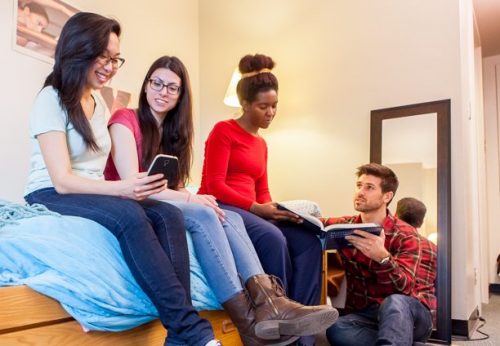 The Michener Institute of Education at UHN is committed to providing a safe, positive environment for all students, faculty, staff, patients and visitors. Learning, working and living on a safe campus is everyone’s right, and we all play a role in keeping our students safe.

The Michener Institute offers resources and information to help you stay safe at the St. Patrick campus.

What is sexual assault?

If you have experienced or witnessed sexual assault, violence or harassment at Michener or during a Michener clinical placement, we encourage you to fill out the Reporting Form for Sexual Assault, Sexual Violence and Sexual Harassment. This information will be used to help enhance understanding of our campus climate so that we may strengthen sexual violence response and prevention efforts. You may fill out the form anonymously. After filling out the form, you will only be contacted at your request.

Survivors of sexual assault, violence or harassment may use this form to request support from Michener’s Student Success Network, Coaching and Counselling Services, Human Resources and/or Security.

PLEASE NOTE: Completing this form does not constitute a police report or a student conduct report.

Michener is committed to providing a learning and working environment in which all employees and students are treated with respect and dignity and have the right to learn and work in an environment free from discrimination and harassment. As part of this commitment, this policy is aimed at preventing and resolving behaviour and conduct that constitutes harassment and discrimination as defined in the Ontario Human Rights Code.

The Sexual Assault/Domestic Violence Care Centre (SA/DVCC) available 24 hours a day, seven days a week, is a comprehensive service that assists women, men and trans people who are victims/survivors of sexual assault and domestic/intimate partner violence.

Two companions, a male and a female, will walk you between Michener and your residence/apartment, parking garage or transit stop, within the borders of College Street to Queen Street and Spadina Avenue to Jarvis Street. This service is designed to provide a safe escort to and from your destination. This service will operate between 8 and 11 p.m., Monday to Thursday, hours to be adjusted according to demand. This service runs from September until the end of April. For more information, please contact the Student Success Network.

Michener is committed to providing high quality education and training, and seeks to ensure an environment of intellectual integrity in both the learning and evaluation processes taking place here and in our affiliated clinical sites. We are also committed to establishing an atmosphere of respect and appreciation for the rights and responsibilities of all those associated with Michener. The Rights and Responsibilities have been developed as a joint effort of students, faculty and the administration of The Michener Institute of Education at UHN.

Coaching and Counselling services at Michener offer free, confidential, professional and caring support for a wide variety of issues and topics, including:

Social media is an important part of how The Michener Institute communicates with our online communities, including students, alumni and the general public. Consistent with our values of open and transparent communication, we welcome and encourage comments on our social media properties to promote the exchange of ideas, information, expressions and opinions. We also wish to nurture a safe and constructive environment for members of, and those who participate in, our online communities. As such, comments of the following nature (and others deemed inappropriate) will not be tolerated:

At Michener, we provide security to the St. Patrick Campus’ main building and the student residence 24 hours a day, 365 days a year. You can reach security by dialing 3333 from any house phone located in hallways, classrooms, offices and residence rooms. Security can also be reached by email at security1@michener.ca. To assist security in identifying people in the building, please have your photo ID displayed and available whenever you are in the building.

In the event of an emergency, please call 911 and notify security when safe to do so.